Chorus America's staff welcomes your inquiries. To learn more about us, click on our names to reveal biographical details. We look forward to hearing from you.

Catherine Dehoney brings a wealth of experience in arts management and fundraising, having served most recently as the executive director for development at the Castleton Festival. Before her work at the Castleton Festival, Dehoney served as the chief development officer at Chorus America for over ten years. Prior to that, she was senior director of development at Gallaudet University. During her nine-year tenure there, she served as a member of the president's management team and the institutional advancement team. Her other experience includes capital campaign management, development consulting for a variety of arts nonprofits, and fundraising positions at the League of American Orchestras, the Council for Advancement and Support of Education, and the Friends of the John F. Kennedy Center for the Performing Arts. Dehoney received her BA in music from the College of William and Mary and continues to be an avid singer, having sung professionally in church choirs and with a jazz band.

Liza W. Beth is a seasoned communications professional with a passion for working in the cultural sector. She served as director of communications at Chorus America for four years before taking on her current role in the fall of 2016. She has worked in both the nonprofit arts and publishing worlds, and, before relocating to Washington DC, held the position of director of marketing and communications at Children’s Theatre of Charlotte, one of the nation’s leading theatres for young audiences. Beth graduated from Tufts University with a bachelor’s degree in English and Art History.

Casey Cook serves as the membership and operations associate for Chorus America, bringing a wealth of knowledge and experience from decades of singing, conducting, and composing for choirs around the nation. He maintains a busy schedule as a singer in professional choruses and as the director of the American University Chorus in Washington, DC.
He was awarded a doctor of musical arts in choral conducting from the University of Arizona for his research into the compositional completion of Gerald Finzi’s Requiem da Camera. He also holds a bachelor’s degree in music education from Miami University, and a master’s degree in choral conducting from the University of South Florida.

Anne Grobstich Erps is the associate director of finance and operations at Chorus America. She has a versatile arts management background in managing operations, finances, marketing, programs and events. Anne returned to Chorus America from The Washington School of Ballet where she implemented the school’s first enterprise database solution. Always striving to implement sustainable business solutions, she has had training from or held previous positions with Greenberg Theatre, Americans for the Arts, Baltimore Symphony Orchestra, and Hancher Auditorium. Anne holds a bachelor’s degree in music and performing arts entrepreneurial certificate from The University of Iowa and a master’s degree in arts management from American University. Anne is an active arts advocate, flutest, volunteer at The Smithsonian Associates, and former co-chair of Emerging Arts Leaders DC.

Shayla Hines is an energetic arts management professional with a background in performing arts. She received her Bachelor of Science degree in Recording Arts at the Jacobs School of Music at Indiana University in Bloomington, Indiana and Master of Arts in Arts Management at George Mason University in Fairfax, Virginia. Her experiences in fundraising and development at the Washington National Opera, DC Jazz Festival and Baltimore Symphony Orchestra led her to a position at the American Film Institute as their Advancement Manager at the AFI Silver Theatre and Cultural Center in Silver Spring, Maryland. At AFI Silver Theatre and Cultural Center she implemented their fundraising and constituency building efforts for corporate, foundation and individual giving. She has volunteered on the Maryland Classic Youth Orchestras at Strathmore Board of Directors and Advisory Council and as Vice President of The People’s Community Baptist Church Chancel Choir. Shayla is a graduate of the 2015 Class of Emerging Leaders Leadership Montgomery, an organization that builds a diverse group of informed community trustees who create collaborations and partnership to impact community needs.

Christie McKinney, the Associate Director of Member Services and Programs, has a background in arts education and management. Prior to joining Chorus America, Christie was the General Manager for The Bach Sinfonia, a Silver Spring, MD early music ensemble. Christie taught middle school choral and general music and directed musicals in Mechanicsburg, Pennsylvania for several years before moving to the DC area. She held invited positions on the American Choral Director’s Association (ACDA) State board, the Eastern division planning committee, and received the Outstanding Young Conductor Award (2010) from ACDA’s Pennsylvania Chapter. She holds a bachelor’s degree in music education from The Pennsylvania State University and a master’s degree in arts management from American University. Christie is a proud singer in and board chair of the Essence of Joy Alumni Singers, a choir that performs music of the African and African American traditions.

Mike comes to Chorus America as a veteran of the choral world with diverse experiences in nonprofit arts administration, communications, and education. He has held positions in the DC Public Schools system as a representative of the chancellor; and on the marketing team at Washington Performing Arts, one of the leading arts presenters in the US. Most recently, Mike worked in donor relations at American University, handling a variety of writing and web responsibilities. He is also deeply involved in vocal ensembles locally, singing with The Capital Hearings, where he serves as the assistant music director; and the 18th Street Singers, where he was previously the communications director. Mike is a graduate of the University of Michigan, where he earned a bachelor's degree in organizational studies.

Edmund W. Stawick is Chorus America's director of technology and webmaster. An experienced and award-winning applications/website designer and developer, Stawick has more than 32 years of computer and technology know-how. From 1984 to 1997 he worked for LEGI-SLATE, Inc., an online publisher of information about Congress and the federal government that offered a broad range of legislative, regulatory, and related news content. In 1997, Stawick left LEGI-SLATE to start a career in photography. When he joined Chorus America in 2010, Stawick had spent 13 years shooting and marketing his photographs, and acting as website designer/developer and computer consultant for a variety of businesses, nonprofit organizations, and individuals. Stawick’s interest in and appreciation of choral singing began in grade school, and he sang throughout his high school and college years. After moving to the DC area in 1980, Stawick joined the University of Maryland Chorus and spent the next 20 years singing with them in local venues as well as more far-flung locations, including New York, London, Dresden, Berlin, Moscow, and Paris. Since 2001, Stawick has been with the Maryland-based chamber chorus, VOICES XXI. 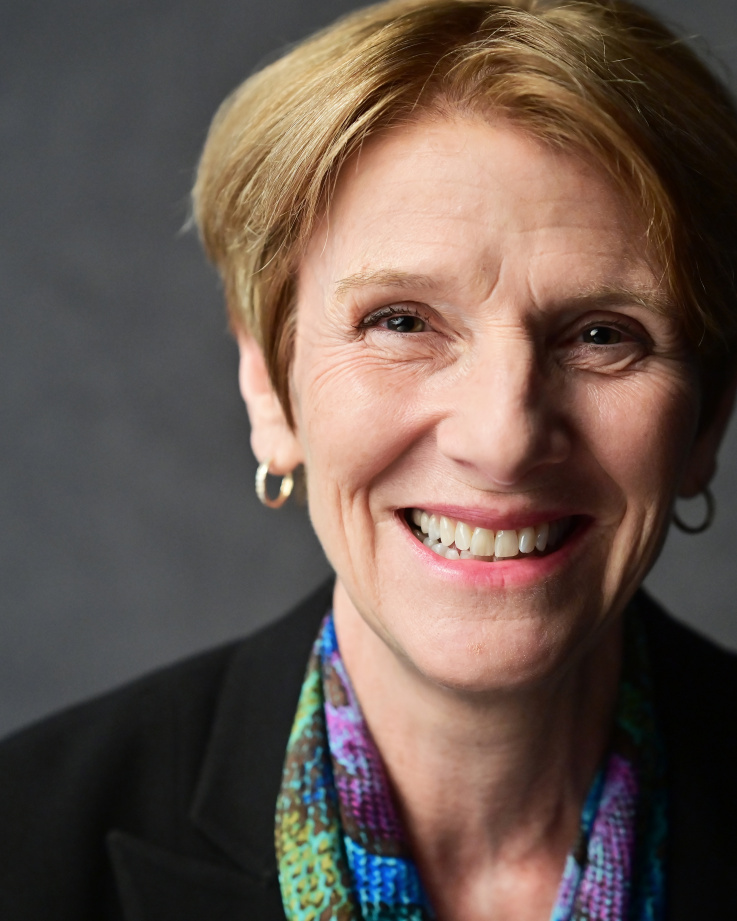 As President and CEO since 2015, Catherine Dehoney brings a wealth of experience in arts management and fundraising. Prior to this role, she served as the executive director for development at the... 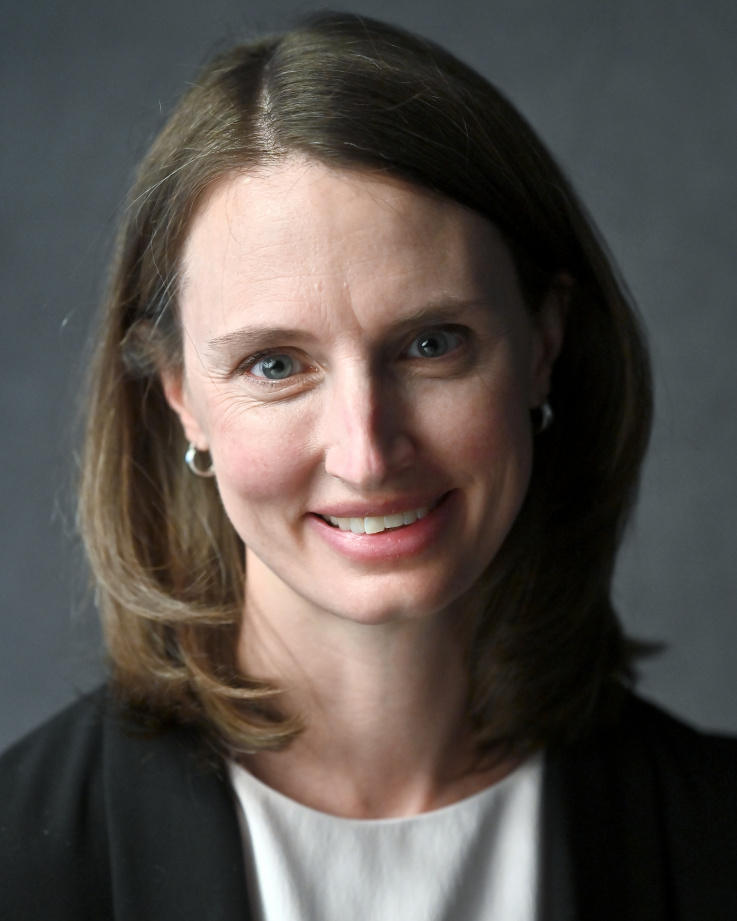 Liza W. Beth has a background in communications and a passion for working in the cultural sector. She served as director of communications at Chorus America for four years before taking on her... 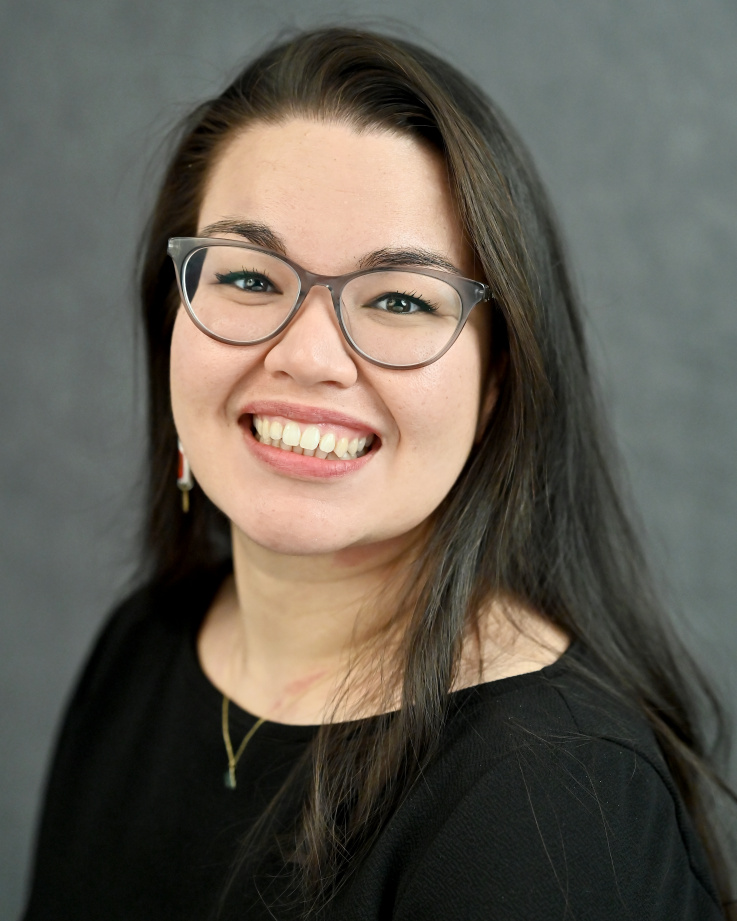 A lifelong choral music enthusiast, Karyn has a background in both the choral arts and arts management. In her role at Chorus America, she oversees member renewals and inquiries, and is an... 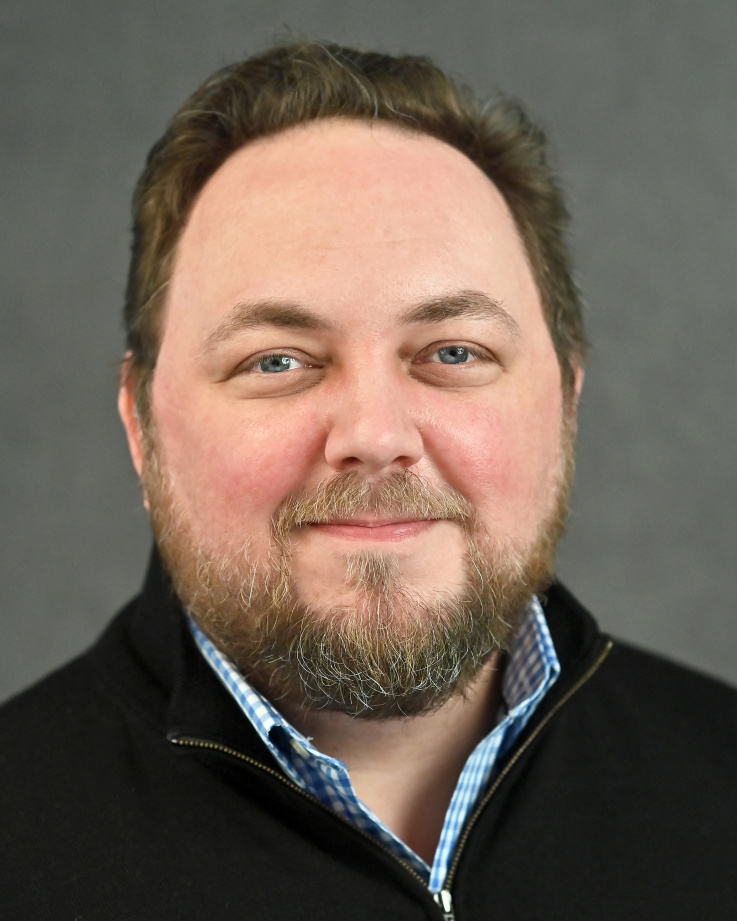 Casey Cook serves as the Information and Digital Asset Manager for Chorus America, bringing a wealth of knowledge and experience from decades of singing, conducting, and composing for choirs... 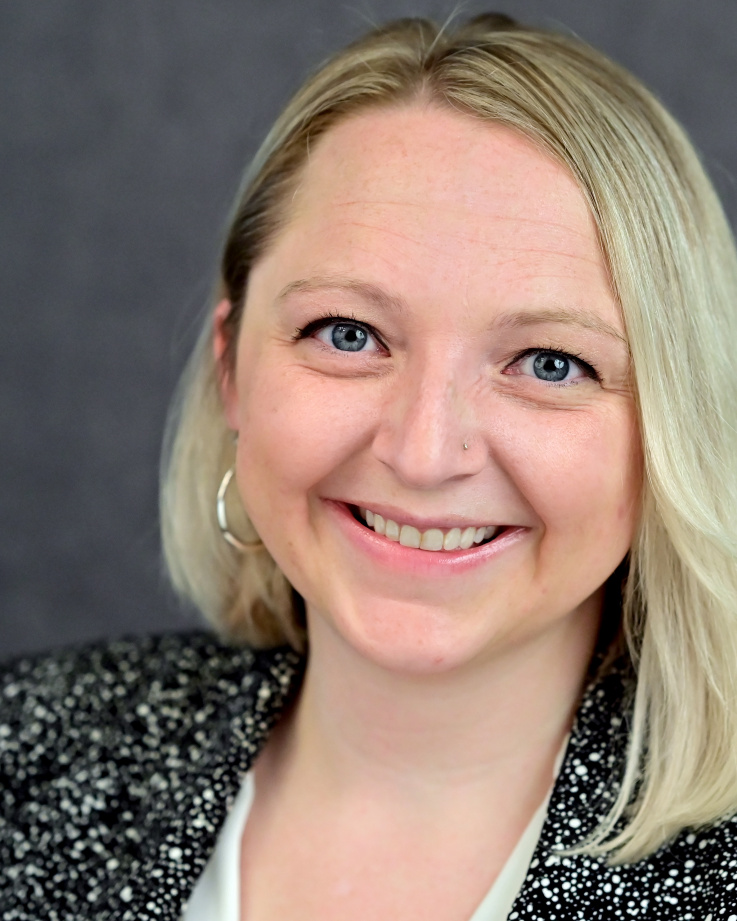 Anne Grobstich Erps is the director of finance and operations at Chorus America. She has a versatile arts management background with a focus on enhancing the organizational business model; ... 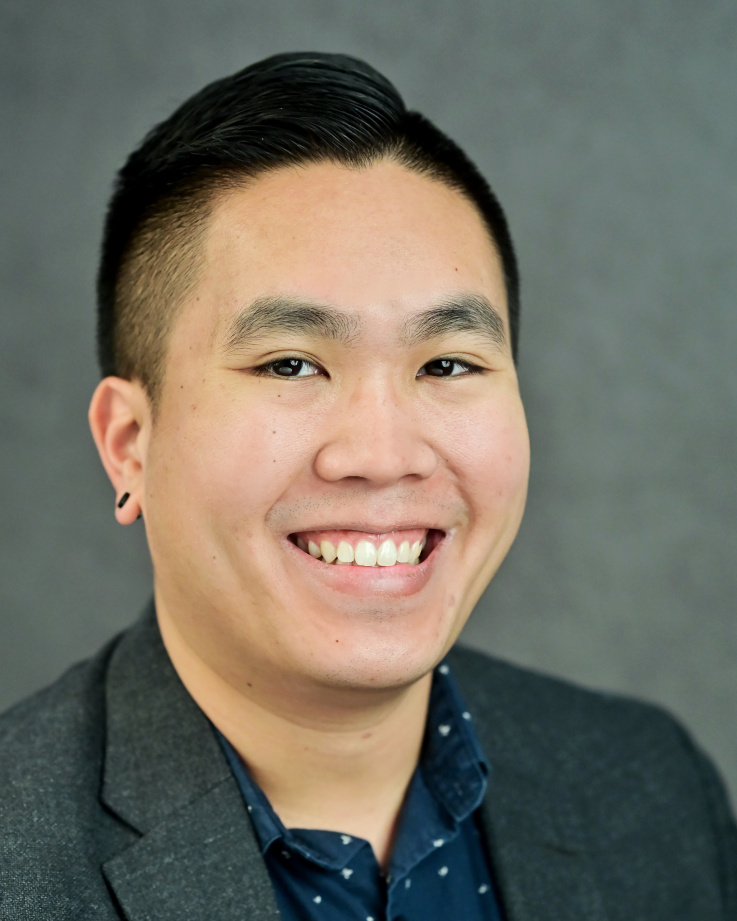 Anthony joins Chorus America with a broad background in music, education, and arts administration. A DC-area native, he has been affiliated throughout his career with organizations such as The... 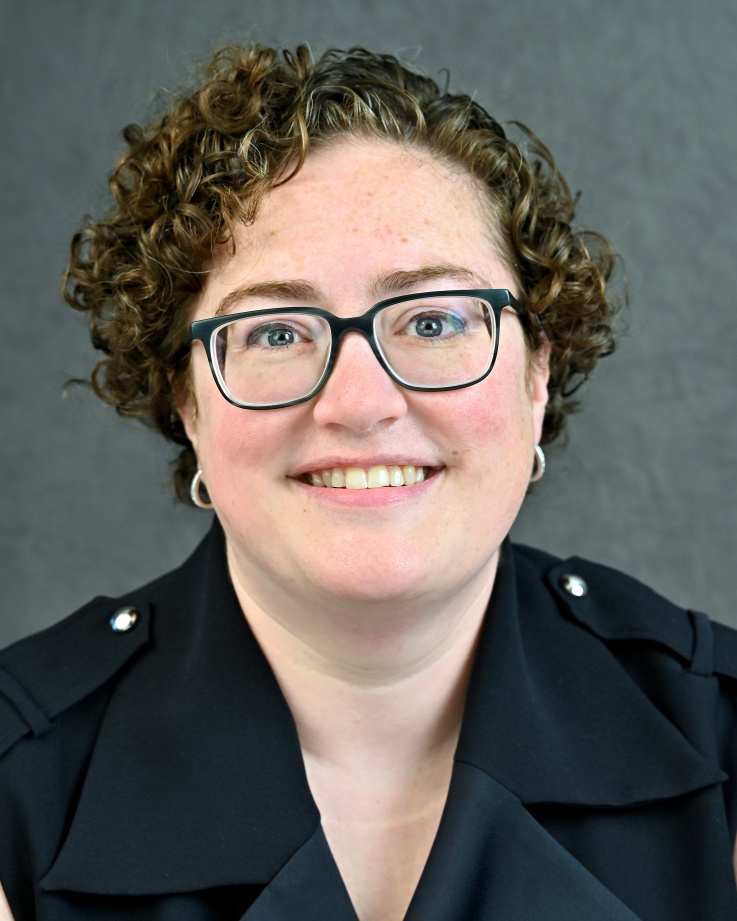 Christie McKinney, the Director of Programs and Member Services, has a background in arts education and management. Prior to joining Chorus America, Christie taught middle school choral and...

KellyAnn Nelson comes to Chorus America with over two decades of diverse experience within the choral field, having embodied the roles of Artistic Director, Executive Director, music educator and... 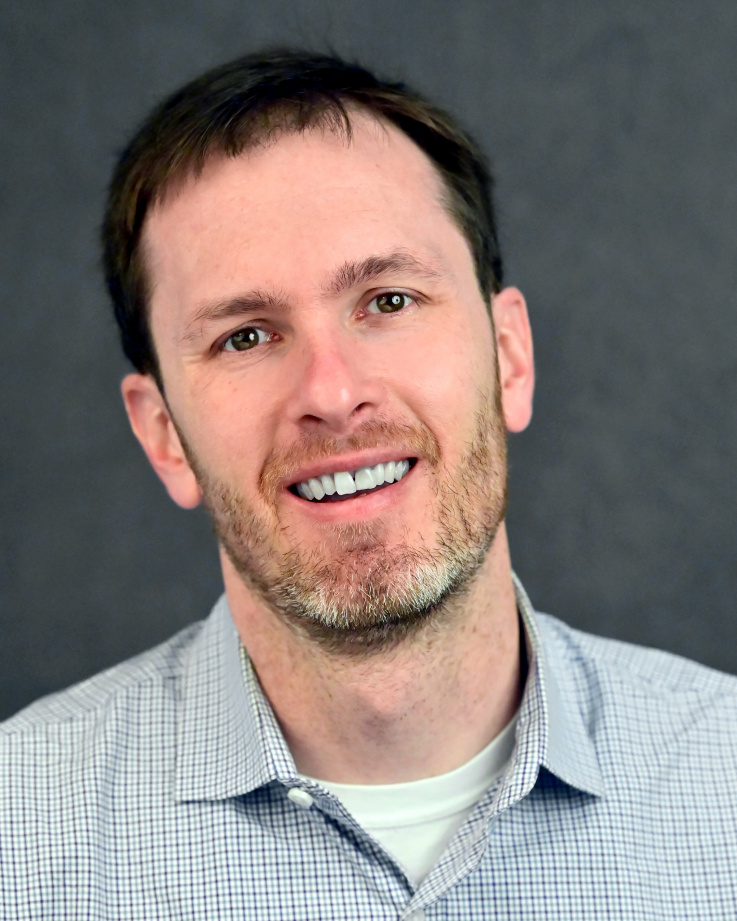 Mike comes to Chorus America as a veteran of the choral world with a range of experiences in nonprofit arts administration, communications, and education. He has held positions in the DC Public... 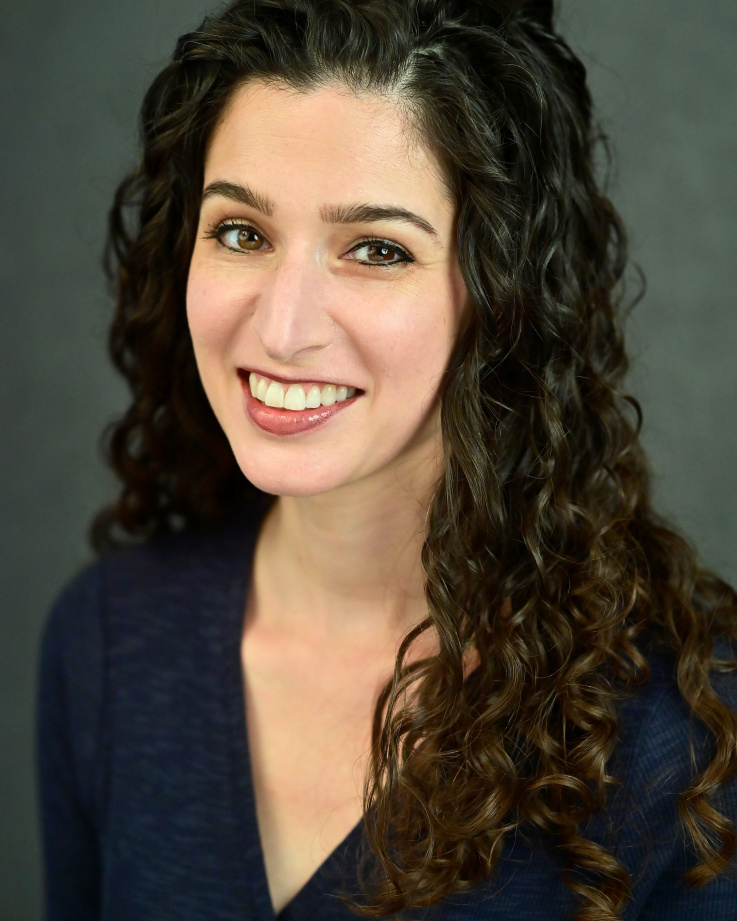 Kim is delighted to combine her experience in grant-making and choral music education as Director of Grants for Chorus America’s Music Education Partnership Grants program. Most recently, she... 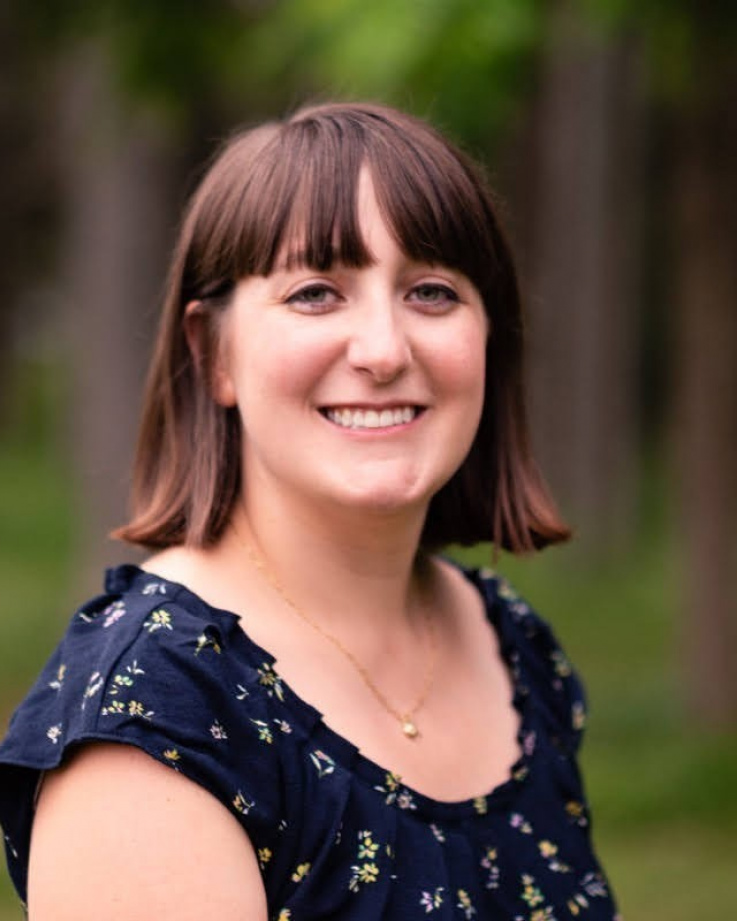 Vale Southard has a background in music education and performance science. She spent five years as a general music and chorus teacher for the Public Schools of Brookline in Massachusetts, while... Prior to joining Chorus America as the Communications Associate, Eduardo Coyotzi Zarate worked in his hometown of Oxnard advocating for environmental justice. The Mexican-born California resident...